More Info Buy Tickets
""A fantastical adventure with a five-strong cast of talented Actor Musicians""
- The Guardian
""A magical masterpiece for kids of all ages!""
- London Theatre 1
""A dazzling show which will have every member of the family dumbstruck with amazement - out-rightly one of the most magical pieces of theatre I have ever seen!""
- Grumpy Gay Critic 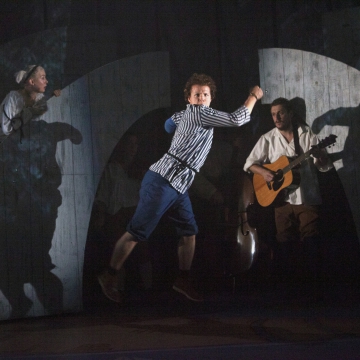 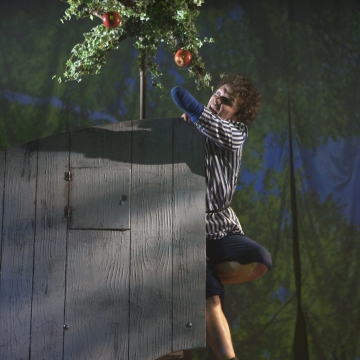 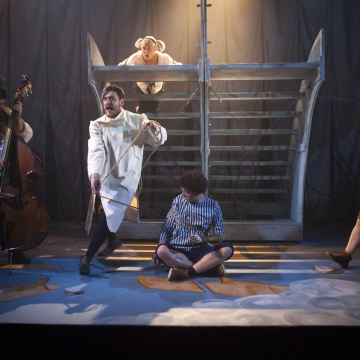 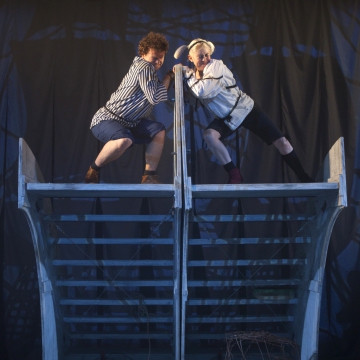 This is the story of the most incredible child... His name was Nicobobinus. He lived a long time ago in a city called Venice, and he could do anything... Or, could he?

When Nicobobinus is magically turned to gold, he and his wild best friend Rosie embark on a musical voyage to the Land of Dragons to find the cure. On the way, their friendship, humanity and overall brilliantness is put to the test as they are propelled into a non-stop world of fantasy and mayhem.

Kidnapping pirates, murderous monks and moving mountains all lie in store for these two best friends as they wind their way through this hilarious and thrilling adventure.

Told from the mouths and instruments of an unruly band of gypsies, this adaptation of Terry Jones' original children's novel is cheeky, clever and bursting with songs; brought to life by a cast of actor musicians to produce a unique and unusual modern fairy tale for all of the family to enjoy.

"Nicobobinus is one of my favourite characters – he's full of magic and charm and will jump off the page with no trouble.

blown away by its energy and vibrancy – and I will be there in the front row in December! We're really thrilled to be working with DumbWise on such an exciting new show."

An adventurous family musical adaptation of the award-winning author's tale about the boy 'who could do anything', NICOBOBINUS premiered at LOST Theatre, Vauxhall from 11 December – 3 January 2015 before embarking on a National tour throughout spring 2015. 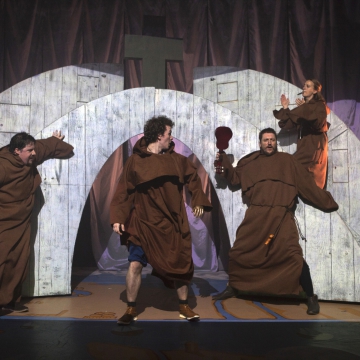 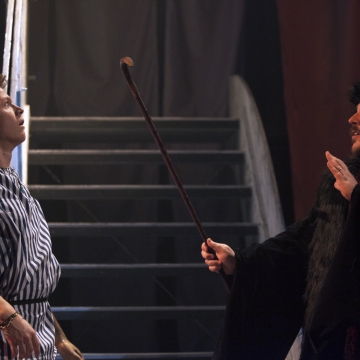 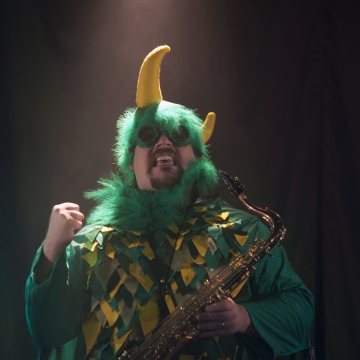 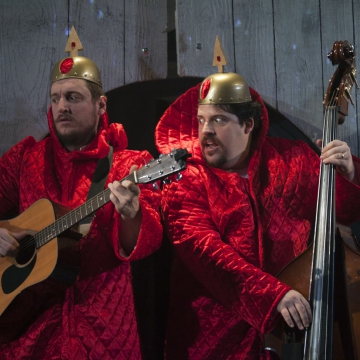